Saab’s Future Can Be Found in Saab’s Past, Says Its New Designer 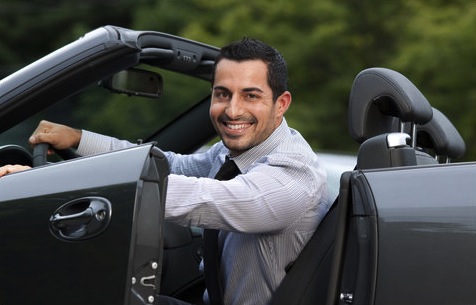 Jason Castriota Designs has been hired to handle design for Saab Automobile, the Swedish automaker that was bought in February by Spyker NV, a Dutch car company.

Saab’s news release referred to Mr. Castriota, 36, as design director, adding that he would take “the lead role in design at Saab,” but he will not work exclusively for Saab, Mr. Castriota said in an interview on Monday.

Mr. Castriota is widely regarded as a star in the car design world. He was at Pininfarina from 2001 to 2008. While he was at Pininfarina, he worked on designs for Ferrari and also for Maserati (which is owned by Ferrari) including the Maserati Birdcage concept. More recently, he worked at Stile Bertone, where he designed the Mantide, an exotic car based on the Corvette ZR1.

Mr. Castriota, who was born in the United States, set up his own firm, Jason Castriota Design, in December and has offices in New York and Turin, Italy, where he also keeps a residence … Read the full NYT article

As our sources have confirmed for well over a year now NEVS will not be allowed to use the SAAB brand again, this is also confirmed in a Swedish Radio interview where Kai Johan Jiang for the first time ...
Another look at when to change your oil
Mike Mavrigan, author for Auto Service Professional, Talks about the lore and factual evidence regarding when you should change your vehicles oil and filter.
PRESS RELEASE: Orio acquires all the supplier-based Nevs tools for production of spare parts for Saab cars
Orio AB, formerly Saab Automobile Parts AB, has signed a contract with Nevs and has acquired all the tools located at suppliers and used for producing Saab Original spare parts for all existing Saab models. This secures that Orio can ensure the long-term availability of Saab Original spare parts for all Saab cars globally.
View All
Testimonials
From: TH of Syracuse, NY
Saabs are the only cars that I have always had a passion to drive. The Pittsfield team always know how to take care of me while I’m in town.
From: Jeffrey W. of Pittsfield, MA.
Just wanted to say thanks for the great service; you folks went overboard to have my Saab ready for 5pm, sending someone to Deerfield to get a part was above and beyond what I expected. But it certainly was appreciated. And what a great surprise to find that my car had been washed and the interior cleaned! Fantastic! If I purchase another Saab, it will be because of Performance Automotive.
From: Janis K. of Otis, MA
Just wanted to thank you for your kindness and experience, I really appreciate you and your staff working late and in the cold to finish the work on my car, thank you!
More Testimonials